Recently I spoke at a chapel put on by the student counsel at Moody Bible Institute. They asked me to address the pressures faced by students in an evangelical context such as a Christian college. This is what I shared:

In the evangelical context, especially those at Christian colleges, who work in ministry positions, or who serve regularly at church, we face pressures – moral pressures, spiritual standard pressures, lifestyle pressures. We feel we must be a certain way, talk a certain way, go to certain places, avoid certain places, and on it goes. Where does this pressure come from? Can it be blamed on “the church”, however that is defined?  Do we blame it on Christian schools like Moody Bible Institute where I work or Wheaton College where I attended? Or is it self-imposed, something we have created in our own minds and hearts? 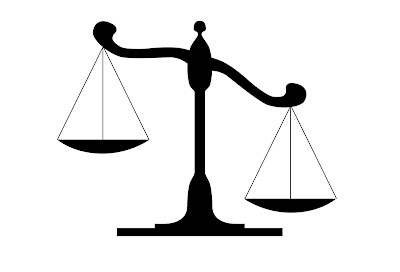 Ultimately, I think each of these plays a role, but they are fuel for another fire, the fire of law. This ubiquitous pressure we feel is because we are under what I would call the “evangelical law.” It is a strange thing to be burdened by law when, as most of us would attest, Jesus freed us from the law by fulfilling it.
The Old Testament law was given by God to His people to create a culture that was holy and in communion with Him; he was setting them apart to be a reflection of His glory. It didn’t work because people were sinful, they couldn’t keep it. They needed atonement for their sin, their inability to keep the law, so God sent Jesus, not to abolish the law but to fulfill it. That is, Jesus came to make God’s people, all who would believe in Him, holy and set apart to be a reflection of His glory as they should have been from the beginning. Christ made this possible and removed the burden of that law.
So why have we taken a law back upon ourselves? We take it back on because we are a people constantly looking for structures and rules to guide us because they are the lower bar to clear.  Even in spite of this lower standard of law we still can’t clear them. Rules are black and white. They are tangible. There is yes and no, right and wrong. But ultimately building things on such a structure will fail us as we fail at it.
And what is this “evangelical law”? It is a culturally created, self-imposed set of expectations that have been so ingrained that they function as a law. The expectations function as our gauge for determining personal godliness and holiness. Ultimately this law creates false motivations for doing good things (more on this in a moment). In the end we settle for moral and spiritual bondage, a new law to replace the old one that was fulfilled in Christ. We have been set free from prison but chose to re-incarcerate ourselves.
Those of us who grew up in the church, at least bible teaching churches, know another way, the true way. But there is a difference between knowing it and knowing it. We buy the lies about what makes a holy person even as we verbally assent to them being lies. Almost any Christian will decry legalism and law. “We are a people of grace” we cry. But we live by the lie of law.
To flesh this out, I am going to use one of Jesus’ rhetorical styles, one that he effectively used both to wipe away the law and simultaneously call people to a higher standard. He first two are more symptomatic of our law issues and the third is truly the heart of the matter.
You have heard that it was said have daily devotions to be close to God but I say to you learn to enjoy God’s words so much that missing a day is empty and lonely. 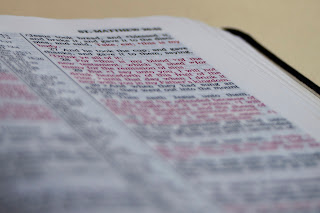 The emphasis on “devotions” or “daily quiet time” is an element of our evangelical law that is quite pervasive. The emphasis should be not on the frequency or even the book itself. Anyone can read the Bible. This week Chicago hosts the Society of Biblical literature – a conference attended by many of the most brilliant biblical scholars in the world. However, a large number of these scholars whose lives are devoted to biblical knowledge have no understanding of biblical revelation. Their focus is on the book only, but they miss its point.
Rather than mere textual knowledge or the frequency of study, our emphasis must be on the one revealed through the book. If you read the bible with the bible in mind you are missing it. It is the revelation of the triune creator savior God. God’s word is life, not mere duty. It is living and active and real. The Holy Spirit comes off those pages and moves hearts and minds. So do not have daily devotions. Love the engagement with God.
You have heard that it was said attend church weekly or be a heathen, but I say to you do not attempt to make it through this Christian life solo but rather be under wise leaders and shepherds who teach the word and do it with fellow travelers. 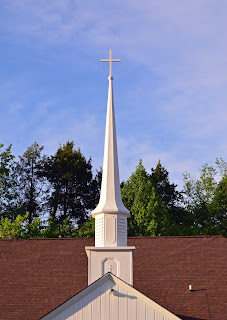 I am almost thirty. I still feel guilty if I miss church. But church is not about attendance. It is about health and how we are designed. We are communal beings from Genesis, our very creation. (Adam walked with God; God saw that it was not good for him to be alone.) We are like sheep that need shepherding. We are wandering souls who need to be led and forgetful minds that need to be taught.
Being part of a church is for your good, not because it’s the expectation. And I mean a local church, not the vague-ish notion of the church universal that so many young people claim but can’t accurately describe or define. I mean be part of a church for your good. Church is where God is worshipped in unison with others travelling the same road you are, led and cared by godly shepherds. It is a place of communion with those who reflect the image of God and with God himself.  Your attendance doesn’t matter except in so much as it places you there, as part of this blessed entity.
You have heard that it was said be holy or go to hell, but I say to you be holy for God is Holy.
The law tells us do or do not do, but fails to tell us why to do it or who we are doing it for; we lack purpose, motivation, and hope through this law. When we live under the pressure of evangelical law we are doing things, at least in part, for other people or for ourselves. Our motives are misplaced. We feel pressure because we are burdened with trying to please the wrong people. We cannot please ourselves because we are imperfect. We cannot please other because both we and they are imperfect.
The why and the who of holiness are the same answer – God. But, if you are like me, even that word might make you tune out. You have heard it so often it is nothing to you. But at the same time you know God is everything to a believer. We are stuck in the tension of feeling nothing about God while simultaneously feeling guilt about feeling nothing. We know God is the why and the who, but we struggle to embrace it with whole hearts.
While God is the reason we seek to be holy, the one we both seek to emulate and please, we must be careful to emphasize this rightly. It is not the threat “God is watching you” that those with a legalistic fundamentalist background might fear. God is watching but not to find every flaw. Also, we must avoid the trap of clichés such as “audience of one” or the pervasive “intimacy with God.” These phrases have become clichéd because they are true, but in being over used they have lost meaning. We gravitate towards them because we are in a rut, but when we pursue holiness for God we must do so in a meaningful, pointed way, using terms and actions that are clear and purposeful. 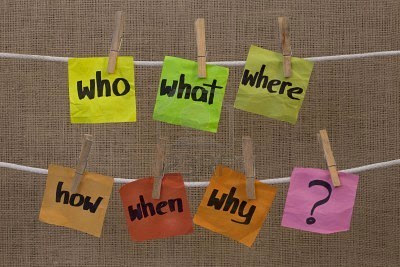 Knowing God is real, and is the real answer to the evangelical law and the pressures we feel. It is a unique relationship, one of tension. On the one hand God is friend, protector, father, provider, and savior. On the other hand he is king, creator, and as the old hymns says, “the potentate of time.” We know God through Jesus. We know God because Jesus came to fulfill the law, the law that demanded blood (that’s why they killed all those animals in the O.T.). We are able to think of God’s omnipotence and holiness without utter fear because Jesus shows His mercy and care. Jesus is the fullness of God’s glory, the power and mercy wrapped into the single God-man.
Peter 1:15-16 says “But just as he who called you is holy, so be holy in all you do; for it is written: “Be holy, because I am holy.”  This is the whoand the why of holiness, not our culturally formulated, hollow, evangelical law. We are called by a holy God through a holy Jesus to be holy NOT because it is right or lawful or upstanding – but because HE is holy. We do what we do forGod in this sense, not a sense of obligation or fear. Just as the OT law was in place to create a people who imaged God and were in fellowship with him, so Jesus has created the true and final means for us to do this. So we work for God, study for God, obey for God. And with full knowledge of our continued inability to do this in perfect holiness, we constantly rest in Jesus as the fulfillment of the law and the payment for our failings.