December 21 is one of the most important days of my life. That’s because without this day there would be no me. On this day in 1968 Johnny Piper of Greenville, SC and Noel Henry from Barnesville, GA were married at the entirely ordinary and wonderfully picturesque Midway Baptist Church just outside Barnseville.
Mom was a stunner and dad, well, he looked like Buddy Holly. Which, in retrospect, just made him 43 years ahead of his time in sheer hipsterhood. 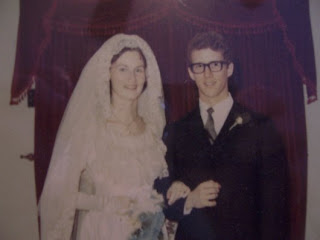 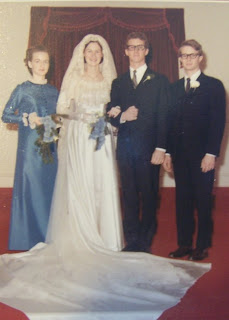 There are numerous things I could say about my parents to praise them and express thankfulness for them.
I could express how they teamed up to be present and active at all my little league soccer, football, and baseball games in spite of demanding schedules. Sure mom crocheted throughout and dad was occasionally a bit overly vigorous in his umbrage at poor refereeing, but they cared and they were there.
I could write all about how they have loved me through thick and thin, up and down and have never pushed me away when I have been a disappointment to them or hurt them.
There’s an entire blog post to be written about their consistency between public persona and private reality in the home.
And how many of you have a complete library of original autographed and personally inscribed works by John and Noel Piper? Actually don’t answer that; some of you are just obsessive enough to have accomplished that. 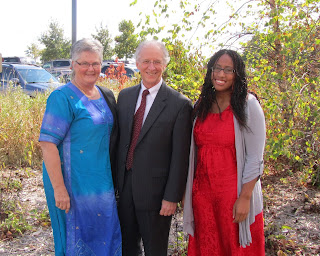 But as a married man with two children and, hopefully, many years left as a husband and father the thing that I am most thankful for is to see two people in their mid-sixties with 4+ decades of marriage under their belts still striving to get better. Marriage is hard work as often as it is blissful (and just as often they go hand in hand), and to see my parents still figuring things out, learning, growing, showing humility, and not throwing in the towel is so hopeful for me. I’m so thankful that they are still parenting hard and doing an even better job raising my little sister better than they did raising me and my older brothers. (It helps that she’s a significantly better kid than I was.)
I am not yet thirty, but life is moving awfully fast and it’s not hard to picture being 65 myself. And I hope I am just as committed to my Lesley, my Grace, and my Dianne when I get there as my parents are to each other and to their children. Daddy and Mother, you have set a 43 year course that you would doubtless describe as imperfect, but it is just as doubtlessly encouraging to me.
Thanks for getting married.
Thanks for staying married
Thanks for working so hard at it.
Happy 43rd Anniversary!