I have the privilege of contributing to He Reads Truth, a website of whose purpose is “To help men become who we were made to be, by doing what we were made to do, by the power and provision that God has given us to do it, for the glory of Jesus Christ.” They do this by providing scripture reading plans accompanied by reflections that can be accessed for free online or purchased as print books. This is one of the pieces I wrote for the Encounters with Christ plan.

We’ve all heard people say these words before. We’ve likely said them ourselves. Phrases like these indicate skepticism. They express our doubts about a situation.

Here’s another phrase we’re likely familiar with: “doubting Thomas.” That’s someone who says those first three phrases all the time. He is a perpetual questioner, hard to convince and win over, needing incontrovertible proof before agreeing or believing.

That’s being awfully hard on the original Thomas, though. In John 20, Jesus appears to the disciples after His resurrection, but Thomas was not with them. Put yourself in Thomas’s shoes. You get back from running some errands or visiting family, and when you meet up with your friends again, what you hear is unbelievable. Literally, unbelievable. They insist that Jesus—the one you staked all your hope on, the one you saw die a criminal’s death—is alive. Who could believe that? Dead people do not come back to life. That is what the word “dead” means.

But your friends insist. You know they’re not insane and you can tell they aren’t pulling your leg. But dead is dead. Neither, though, can you just discount their sincerity. You say, “I’ll believe it when I see it.” You don’t believe, but you leave the door open in case the impossible happens.

That’s what Thomas did. Is that doubting? Yes, but it seems reasonable to me. After all, Jesus died and was buried in a tomb hewn of stone. And they were all witnesses to this fact.

What Jesus does next is beautiful; it’s exactly what Thomas needs in order to believe. Thomas said he would believe only if he could touch the scars in Jesus’ hands and side, so Jesus appears and shows Thomas the wounds. Jesus shows patience, grace, and understanding by giving Thomas what he needs to believe.

And Thomas does believe. He doesn’t cling to his skepticism or let pride get in the way. He doesn’t take time to come around. Immediately, Thomas responded with, “My Lord and my God!” That’s worship—the kind a risen Jesus deserves.

This passage closes with an exhortation from Jesus Himself, one that all of us who are doubters and questioners must cling to. Jesus says, “Those who believe without seeing are blessed” (v. 29). He isn’t calling us to blind, ignorant faith the way so many skeptics see it. He is calling us to trust His Word and promises.

Thomas had heard Jesus talk about dying and rising many times, yet still he doubted. We often do the same, but we would be happier and closer to Jesus if we took His Word to heart and simply believed.

Remember, He already proved His promises in His resurrection. What more do we need? 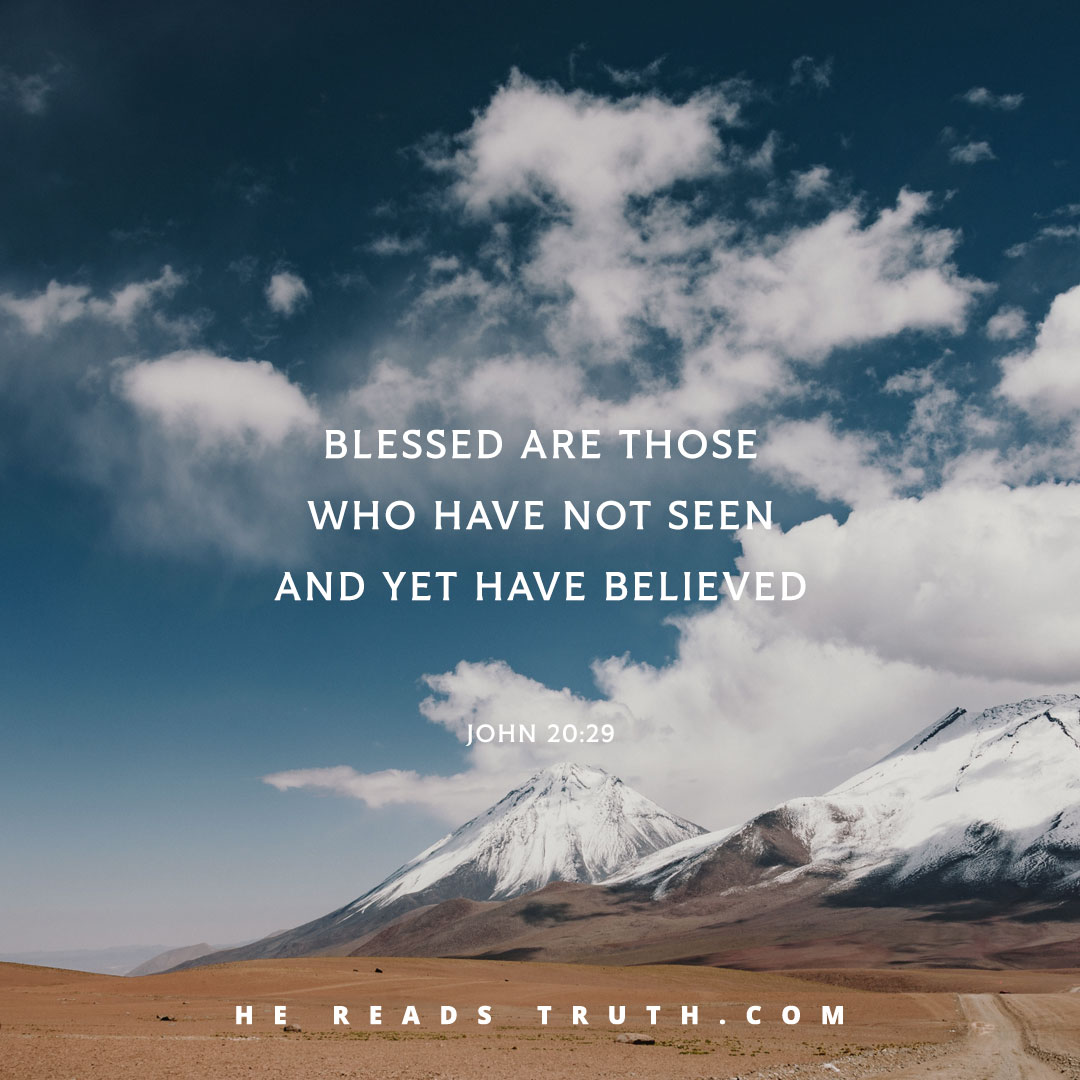