I have the privilege of contributing to He Reads Truth, a website of whose purpose is “To help men become who we were made to be, by doing what we were made to do, by the power and provision that God has given us to do it, for the glory of Jesus Christ.” They do this by providing scripture reading plans accompanied by reflections that can be accessed for free online or purchased as print books. This is one of the pieces I wrote for the plan on the book of Daniel.

“He’s such a little angel,” a new mom proclaims about her infant. “Look at their angelic faces,” grandparents gush about their grandkids. “He’s my guardian angel,” a woman says about a man who protects her. These are the contexts in which we most often mention anything about angels, conjuring up images of cute, cherubic, innocent, and helpful beings.

But that isn’t at all how the Bible describes angels. Throughout Scripture we see people trembling with fear and falling on their faces before these messengers of God. Daniel 10 is no exception. Of seeing the heavenly being for himself, Daniel concedes, “No strength was left in me; my face grew deathly pale, and I was powerless” (Daniel 10:7–9). Why? The description of the angel Daniel encounters surpasses our imaginations; he is glorious, beautiful, awe-inspiring, and terrifying. He is a warrior, but not like any earthly, sword-wielding hero. He brings with him heavenly glory and power.

The magnitude of angelic grandeur is so magnificent that it makes two aspects of this text stand out. First is the battle the angel is waging. He does not say he is there to protect Daniel, to sit on his shoulder and be his good conscience. The angel says he has been waging war against the prince of Persia and will continue to do so against him and the king of Greece. He is not dueling a demon; he is fighting a cosmic spiritual battle for the good nations. He is the workman of God striving for good and righteousness in the world. The spiritual struggle described in this text makes our World Wars look like brief playground spats, for the spiritual struggle is over continents, over eons, and for the destiny of the very world.

Which brings us to the second aspect of this text that stands out. After seeing the massive scale of spiritual conflict going on, it is easy to be overwhelmed. What is our place? What do we matter? The angel tells Daniel: “Don’t be afraid, you who are treasured by God. Peace to you; be very strong!” (Daniel 10:19).

Peace? How? Because all who are believers are greatly loved. We can be strong and of good courage because God fights for us.

Yes, the fight is too big for us. We should feel like Daniel did: weak, speechless, helpless. But the words the angel spoke to him are echoed throughout Scripture. The book of Ephesians tells us that we wrestle not against flesh and blood but against cosmic powers, and then it goes on to equip us with spiritual armor and weaponry for the fight (Ephesians 6:12–18). Our weapons in this fight are not of flesh but have divine power so that we can destroy arguments and lofty opinions raised against the knowledge of God (2Corinthians 10:2–5).

Texts like this should rattle us. They should wake us up to the reality of evil and the even bigger reality of God and His power. He is big enough to embrace us with love and assurance while fighting our battle for the good of the world. And it is a battle He will win—or rather, a battle He has won, in Christ. 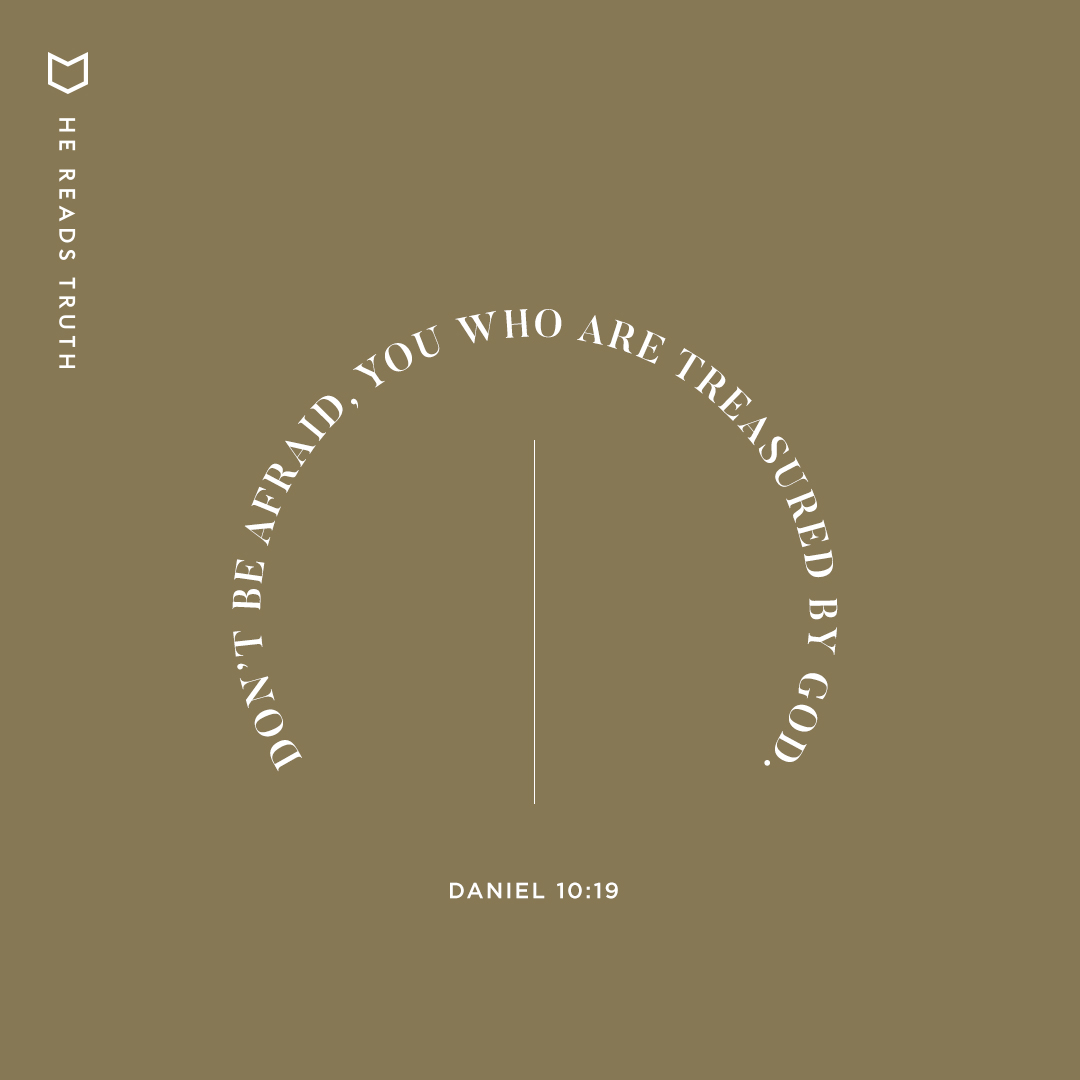