Each week (give or take one or two here and there) I share three things I like – It could be a book, a movie, a podcast, an album, a photo, an article, a restaurant, a food item, a beverage, or anything else I simply enjoy and think you might too. You can find a whole pile of things, especially books, I like and recommend HERE. 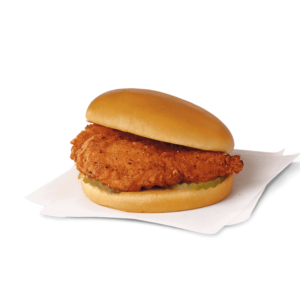 There are two groups of weirdos in the world: those who think Chick fil-A is some sort of sanctified Holy Ghost anointed fast food and those who think Chick fil-A is over rated. Both are wrong, so let me set the record straight. It is the best run fast food restaurant that has made the conscientious choice to maintain a a simple menu of high quality offerings, none of which are burgers, offered with exceptional customer service. The spicy chicken sandwich is the best food item on this menu of high quality non-beef offerings. It is cooked to the same near-perfection as the classic sandwich but with about 11 times as much flavor (that’s science). It isn’t macho, impress-your-buddies spicy, just delightfully peppery.

2. Letters to Children by C.S. Lewis 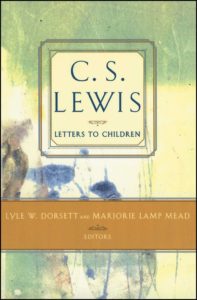 C.S. Lewis is an almost mythical character in the minds of many. He was an Oxford Don (which is an exceptionally cool, mafia sounding name for “fellow” or “tutor”), one of Christianity’s greatest intellects, an apologist, a philosopher, an expert in classic literature, a novelist, and a prolific author of articles and books. While Lewis’s most well-know works, The Chronicles of Narnia, are written fir children Lewis’s reputation is not that of a “children’s author.” He was much too influential and intellectual for all that, right? Well, no. Lewis was a faithful correspondent who took great pains to respond to letters he received. This book is a collection of letters he received from children along side his responses. It is a side of Lewis oft under-appreciated and one that shines a new light on his brilliance on more adult disciplines. It is funny, touching, heart-warming, and sometimes exceptionally profound. Letters to Children might be my favorite collection of Lewis’s work.

Michael Jackson meets one of the best folk/Americana duos of the last couple decades (may their musical greatness rest in peace). Rarely is a cross-genre cover so good.