Each week (give or take one here and there) I share three things I like – It could be a book, a movie, a podcast, an album, a photo, an article, a restaurant, a food item, a beverage, or anything else I simply enjoy and think you might too. You can find a whole pile of things, especially books, I like and recommend HERE. 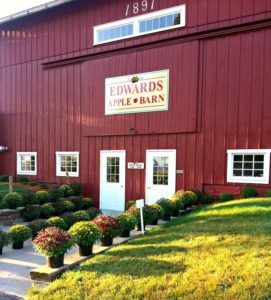 Since it finally feels like fall in Tennessee I can stop sweating and start to think about autumn, the most wonderful time of the year. And then I bemoan how much less awesome fall is in the south than in the midwest where I spent the first 30 years of my life. One of the experiences I miss most is an annual visit to Edwards Apple Orchard on the Illinois/Wisconsin border (about 90 minutes from Chicago). It is the quintessential fall experience replete with cider press, cider donuts, apple picking, hay rides, pumpkin patch, live music, food on a stick, and a retrofitted barn full of every fall product/snack/decoration you can imagine. And they make and sell fudge. After re-reading those sentences I am strongly considering the 9 hour drive from Nashville just to go there again AND I am convinced heaven will have a neighborhood that is just like Edwards Apple Orchard.

2. The Man in The High Castle 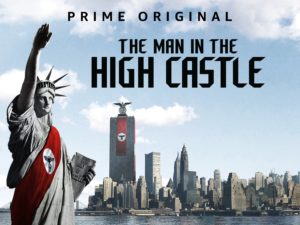 This Amazon Prime Original show is truly original, or rather the book it is based on is original. The premise is that the Axis forces won WW2 and split America, so the Reich Owns the Eastern States and the Japanese Empire owns the Western States. It is set in the early 60s and centers around a cast of characters from both coasts, both empires, and some who are rebelling. The hinge on which the story turns, though, are films that show alternative endings to the war–like the Allies winning–that are produced by a mysterious figure known as “the man in the high castle.” It is like watching historical fiction, but an alternate history. The acting and writing for the show are strong, especially the villains. The setting and tone are pitch perfect as well. It is suspenseful, but not a roller coaster. There is action, but it’s not a thriller. It is character driven without being brooding or morose. The best ting I can say about the show, though, is that is unique. I’m not aware of any other like it.

With the NBA hosting a recent preseason game in Seattle (a fantastic basketball city) it pulled me back to the first NBA game I remember watching in person. I sat baseline and saw Shawn Kemp and the sonics beat the brakes of the Minnesota Timberwoles. And sweet grandma Moses, was he a terrifying force. Enjoy these highlights.