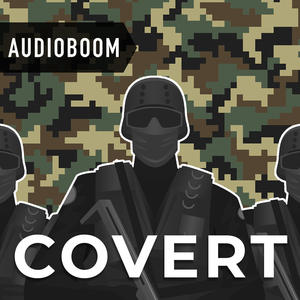 Covert is like a true crime podcast crossed with military history. It is documentary narrative of famous, covert military missions. They draw on participants, news reports, and declassified documents to create a compelling story. They provide fascinating details, but not so many that listeners get bogged down. Their first several episodes cover the mission to kill Bin Laden, which is a familiar story after movies like Zero Dark Thirty and a number of other releases, and they still managed to share additional details and background that were fascinating. It’s a great podcast. As a bonus, nobody on it sounds like they’re imitating Ira Glass either. 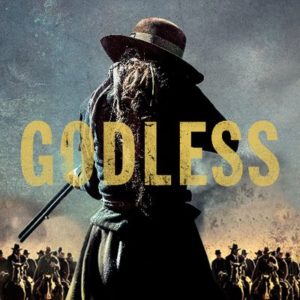 WARNING: This show is what Christians like to call “gritty.” That said, it is one of the best Netflix Originals to have been released in the past few years. Godless is the story of a town inhabited almost entirely by women after the men were killed in a mining accident, a cold and compelling outlaw villain laying waste to towns as he hunts a former member of his gang, and Roy Goode who is the soft spoken gunslinger who abandoned the villain. Of course, like any movie, or mini series in this case, the performances and writing are what make the story great. And every single actress and actor is superb. Jeff Daniels is a compelling villain who you love and loathe. Michelle Dockery is the leading lady in the best sort of unconventional way – not a supporting lady for male characters or a stereotype of any kind. Jack O’Connell plays Roy Goode and is brilliant as a complex character who is equal parts loyal and kind but also a gifted killer. Scoot McNairy plays the beleaguered town sheriff who is trying to regain a reputation for bravery and is maybe the most likable and sympathetic character. I could go on, but I won’t. Just watch it. 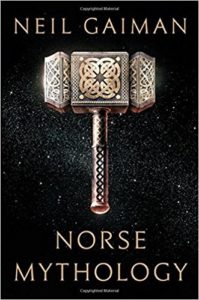 Gaiman’s work is hit or miss for me. I don’t always love his style or stories but this book was brilliant, and to make it even better he read his own audio book and it was pitch perfect. Gaiman’s voice and lilting style are perfect for sharing myths, a story style that is designed to be told not just read. Gaiman has reconstructed traditional Norse myths about Odin, Thor, Loki, and the rest and tells them like you might expect to hear around a roaring fire in a great hall bedecked with shields and swords. Set aside Marvel’s Thor and let yourself be pulled into Norway ten centuries ago and you will love these fantastical tales of heroism and treachery. It is wonderful remaking of lost legends.