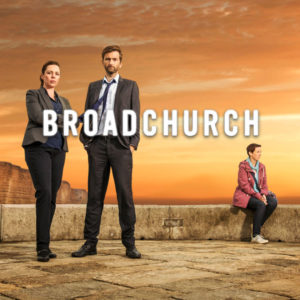 Broadchurch season 1 might be the best written TV show I have seen. Seasons 2 and 3 are not quite at the same level of brilliance, but they still far outpace nearly anything else being broadcast or streamed. If I had seen them first I still would have been hooked. It is a British police drama, but it is so much more than that. It’s a show that explores family and pain and loss and hope and healing. It is dark because evil is dark, but not gratuitous in any way (not language, sex, or violence). Evil is present but not visible. Characters are complex, but not in a “flawed hero” way – more like a flawed friend or well-intentioned idiot way. The setting, a small coastal English town called Broadchurch is perfectly bucolic and traditional without being Pleasantville, and it sets the scene for the dramas that unfold. The acting, specifically by David Tennant and Olivia Colman, is pitch perfect. More than anything, Broadchurch makes you empathetic for nearly everyone involved because there are no out-sized caricatures of villains or heroes or housewives or anything. It is tremendous. 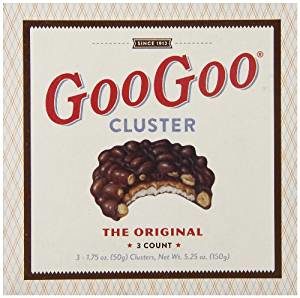 For those of you who, like me, consider yourselves to be adults and generally speak as such this is a difficult name to get past. But trust me. It’s worth it. Think of these as Baby Ruth bars but chewier, choclatier, bigger, and better in pretty much every way. I don’t think they have a market much outside the South, and that is a shame because they beat the trans fat out of pretty much any chocolate/peanut based candy bar out there. AAAAAAaaaaaaand there different varieties, including peanut butter if that is more your speed. And don’t mind the box – they do not come with a bite already taken.

In our day of big fastballs and insane sliders, the subtlety of Maddux’s corner-painting mastery is mostly gone (Zack Greinke is probably the closest approximation). But he deserves 90 seconds of our time to remember how he owned the edges of strike zone for two decades. And by owned, I mean owned.