When I was in elementary school we had a book fair every year. Growing up in the house of two authors and avid readers I never lacked for books, but there was something magnetic about buying new books (a feeling I still have today). I remember three books I bought with my hard earned snow shoveling money—biographies of Bo Jackson, Steve Young, and Troy Aikman. I already loved reading and playing sports—which explained my purchases – and from that point on I was hooked on sports books.

Unlike The Hardy Boys or Goosebumps books, I never outgrew this love. In fact, as I grew older and matured I found new reasons to love sports books. They are more than just a diversion or a silly hobby. They offer so much.

In so many ways sports are a microcosm of life. And the best sports books are a lens through which to view life from a new perspective and see greater truths. The mundanity takes on new vibrancy in well-told stories. Sports are shaped by cultural realities but somehow insulated from them too and all while influencing and shaping that same culture.

In the alternate dimension called sports, lives intersect that otherwise never would have connected and they influence each other. Uniform color supersedes skin color, class, and religion at least for a few hours each week. Conversations on buses to road trips or in stinking locker rooms leave indelible imprints.

Yet at the same time sports aren’t real life and don’t change the world. Such is their enigma and power. In short, sports are soil in which poignant and powerful stories grow.

These are the best sort of stories with heroes and villains, joy and pain, leaders and laggards, perseverance and trials, conflict and friendship, pain and hope, loss and victory. The writing ranges from sublime to pithy to profound with descriptions that pull you into a story and dialogue that puts the character in your living room. Like all the best stories these show-and-tell truth—albeit wrapped in pads or bouncing a ball.

We cannot forget the sheer enjoyment of reading such books. They are fun. They bring joy. Emotions well up, tears run down, pride swells, disappointment aches—all of which is exactly what we hope for from the books we love.

These books are gifts crafted by gifted people telling tales that match the best of literature. They echo of God’s creative touch and show stories both redemptive and in need of redemption. In the same way literature or nature or music move us to reflect or notice or feel something of God, so too can sports.

With this is in mind, here is an unordered list of my favorite sports books. 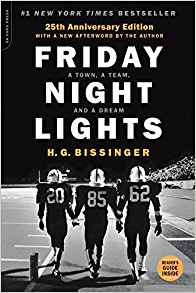 As a former high school football player I resonated with the players in this book. But what made the book great was the depiction of how football was life in west Texas. It was the driving force, the great hope, the lasting memory for so many characters. It fed the town and devoured it. The characters in this book, all real people, are memorable and seminal. They have whole-life stories of pain and power and pursuit. In all, the tapestry Bissinger weaves in this book is unmatched in realness, both wonderful and terrible.

Boys of Summer by Roger Kahn 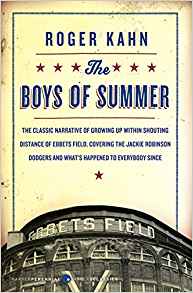 Kahn grew up a Brooklyn Dodgers fan in New York and went on to become a legendary sports writer. This book tells the story of the Brooklyn Dodgers through the late 40s and early 50s – the Jackie Robinson years. He tells the story of the team and their seasons, their rises and falls, their not-quite championship seasons, and the one world series they finally achieved. To this point it is a magnificently written baseball book about an iconic team. But then Kahn profiles the players. He humanizes them and pulls back the curtain on men known only for exploits in spikes on the diamond. He visits their homes, sees their post-career struggles, and asks about race and conflict in baseball. Kahn brilliantly depicts the theatrical pageantry of baseball and the flesh-on-bones lives of its players. 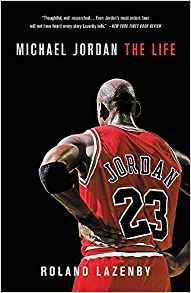 No player defined a sport or a generation like Michael Jordan did from the mid-80s to the late-90s. Widely considered the greatest basketball player in history—yeah, we see you Lebron…you’re closing in—Jordan was more than that. He was a brand and an international icon and a force of competitive nature. He was truly legendary, having achieved heights murked with myth and fable. What made Mike Jordan AIR JORDAN, though? That is the tale Lazenby tells and tells well. From his early days in North Carolina to his post-playing days Lazenby paints the portrait of His Airness. But this is no deification. It is a picture both bright and dark, both beautiful and ugly. Because, after all, the jump-man was just a man.

The Boys in the Boat by Daniel James Brown 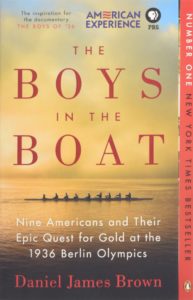 Rowing: not a sport most people follow closely or could name one competitor from. But rowing is the sport upon which this story hinges. With meticulous detail and engaging narrative Brown tells the story of the University of Washington men’s crew team leading up to the 1936 Berlin Olympics. It is a story of a team being created, coached by a classic hard-nosed leader, and achieving the pinnacle of their sport. The team earned the right to represent the U.S. in the Olympics that also served as the international unveiling of the Nazi power. And that is what takes this from an exceptionally written story about a team to something more. It is a story of America in a pivotal time in history, told through the lens of sports. It is the story of young American men coming of age, told through lens of sports. In that, it does what the best books do.

The Miracle of Saint Anthony by Adrian Wojnarowski 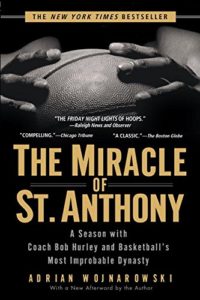 Everyone loves an underdog story, and Jersey City’s tiny struggling Catholic school of Saint Anthony is just such a dog. Except that for decades it was basketball powerhouse in the shadow of New York City. While the school struggled to stay open (and has since closed its doors), coach Bob Hurley lead team after team after team to titles. How can a drill-sergeant tough foul mouthed old Irish Catholic man successfully connect with and coach team after team of the poorest inner-city black kids? That’s the story Wojnarowski tells. Readers will love Hurley and hate him for his style and personality. They will love his players and want to scream at them (similar to Coach Hurley, actually). The Miracle of Saint Anthony displays the complexity of race, class, competition, communication, and dedication in sports and society. It is victorious and heart wrenching – the polar essentials of sports. 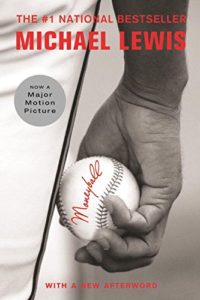 Lest we think sports is a realm ruled by dumb jocks, Michael Lewis corrects us. Moneyball is the story of how the Oakland A’s found creative and smart ways to compete in baseball without the same means richer teams had to sign and retain talented players. Not only did they find a way to compete they changed the game of baseball altogether using analytics and finding under-appreciated assets where other teams scorned to look. What makes this book (like so many others) remarkable is that it’s a good story told brilliantly. Lewis is among the best at taking complex or boring concepts and simplifying them within the narrative so readers can understand and enjoy.

The Book of Basketball by Bill Simmons 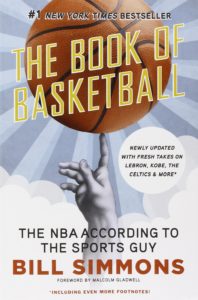 You’ve heard of fan fiction? Well, this is fan non-fiction. Simmons, whose moniker is “The Sports Guy” writes as someone who loves NBA basketball, and his passion is contagious. He ranks players, sorts through classic basketball debates, rearranges the basketball hall of fame, explores theories, and generally runs hither and thither through the history of the NBA. He does so with piles of research and knowledge supporting him and untethered access to NBA figures who share delightful anecdotes. For sheer enjoyment of a sport, The Book of Basketball is among the best. And it will teach you something too.

The Soul of Baseball by Joe Posnanski 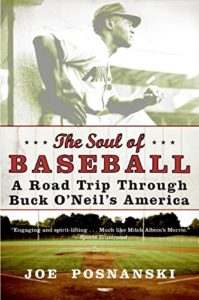 Buck O’Neil is largely forgotten by baseball fans. That is, if you can forget someone you never heard of. Most people have never heard of him because Buck was a star before black players were allowed in MLB. He played in the Negro Leagues, and did so with skill and aplomb. And he did so with a vibrant and victorious spirit. In the midst of crushing racism, bigotry, inequality, and segregation O’Neil continued to shine. Posnanski skillfully lets Buck reveal himself to the reader through stories, quotes, and descriptions. Any baseball fan or fan of being uplifted this book is wonderful. A true hero’s tale.

I Never Had it Made by Jackie Robinson 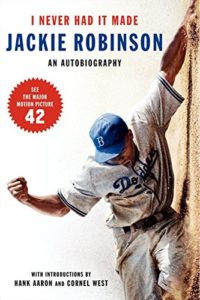 Less of a pure sports book than the others, this volume is important for another reason. It shows the humanity and significance of sports figures in broader culture. Everyone knows Robinson “broke the color barrier” in baseball in 1947. But most people have rarely if ever considered all the other barriers Robinson – and every other person of color – faced before and after. In his own words he tells the story, replete with editorial asides and opinions. The reader gains a view into the sharp mind, hurt heart, and expansive gifts and drive of an American hero – not just a baseball one.

Playing Through the Whistle by S.L. Price 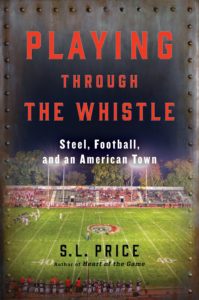 If Friday Night Lights describes how football is life in west Texas this book shows how football is a lifeline in Aliquippa, PA. NFL player and NFL player has come from this downtrodden former steel town – far more than makes sense for such a place. Is it something in the water? The culture? Price deftly lays out the history of the town through the rise and fall of the steel industry and the rise of the dynastic football program with it. This is as much the story of a struggling city as it is a football team, but football success has been the constant in a place hanging on for dear life. This is as much a story about working class America as it is about sports, but in that we see how much sports keeps working class America afloat.

This post was originally published at AthletesInAction.org and has been used with permission.