From my most recent article for WorldMag.com: 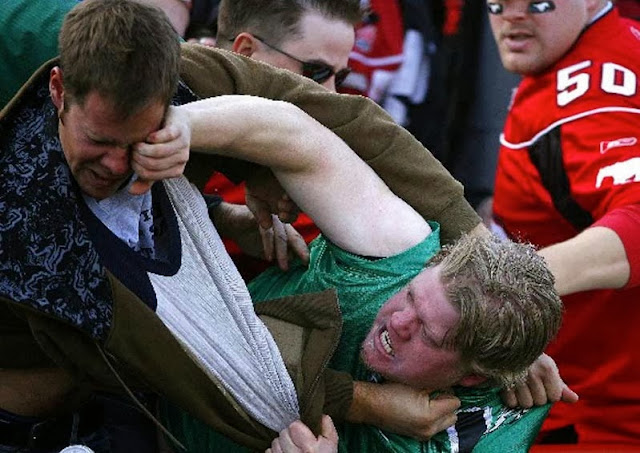 “Just wait till we kick your [expletive deleted] on Saturday!”

These words were brashly proclaimed on Twitter by a Wisconsin Badgers football fan and directed at a newspaper writer who regularly covers the Minnesota Golden Gophers. The two teams, both having good years, play tomorrow in a long-standing border-state rivalry with the winner receiving “Paul Bunyan’s Axe.” But guess who’s not playing? The guy who claimed to be part of the group doing the posterior punting and the Gophers beat writer. They both will merely watch the game.

“We” is a risky word as a sports fan, at least when it’s the kind of “we” that joins us to a team and makes us part of the competition. I am a loyal fan of several pro and college teams, and I appreciate the loyalties of other fans, too. I even appreciate their trash talking and jesting about rivalries and competition. It’s good fun to spar a little bit with Chicagoans about the Bears or Wisconsinites about the Badgers. But when loyalty becomes identity, “we” becomes a bad thing.
. . .