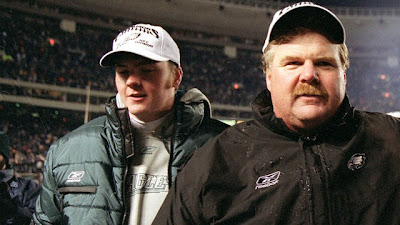 Andy Reid took over as head coach of the NFL’s Philadelphia Eagles in 1999. In the past 13 years he has led the Eagles to six division championships, five conference title games, and one Super Bowl appearance. He holds the franchise coaching record for regular season and playoff victories. Reid has had a remarkably successful coaching career (despite what the notoriously cranky Philly fans might say). But today he would trade all that success for a single gift, the gift of his son’s life.

On Sunday, Aug. 5, Garrett Reid was found dead in a dorm room at Lehigh Valley College, where the Eagles were in the middle of training camp. (Cause of death has yet to be released to the public.) He had been on campus assisting the Eagles’ strength coaches.