Legalism is the object many pastor’s and blogger’s ire these days (especially by the young reformed fellers) and is generally excoriated throughout the more “gospel centric” and “missional” circles. And for good reason. At its best legalism is annoying. At its worst, it separates people from knowing Jesus.
For the sake of consistent understanding, I’ll use the following definition for legalism: 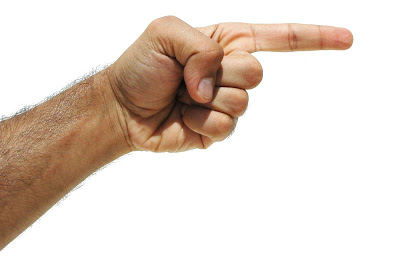 “Declaring people guilty or innocent before Gods based on standards that are outside the ones God laid out in scripture”
Legalism is wrong. It is laying a burden on people that they cannot bear and demanding a standard of living that God does not demand in order to be guiltless. It is an obstacle in being free to follow Christ wholly and happily.
But here’s my question? At what point have we fallen into the trap of becoming legalists about legalism? To declare a sin a sin is not legalistic. But about how we treat the legalists? It seems like we treat them the way we abhor being treated by them in which case we become them. Do we find it easier to point fingers and distance ourselves from them than from an alcoholic or a fornicator? By pointing fingers and reacting so viscerally aren’t we actually doing the very thing of which we accuse them? It is so easy to slip into “Let’s not invite her. She’s so legalistic.”
It’s a sneaky thing. Since legalism is wrong then it’s right to judge it as such. And in this way we are not legalistic. But legalism is more than wrong judgments, it’s also wrong condemnation which is the carrying out of judgment. And whether we outright say “you are guilty before God” or not, by our actions we condemn legalists. By our attitudes we tell them they are too guilty to be associated with, whether or not God thinks so.
Pragmatically, this sort of condemnation doesn’t move a legalist out of legalism. Grace does that – prodigal, overwhelming, rich, wonderful grace. The same kind each of us is so dependent on. All our condemnation will only strengthen their resolve and deepen the pilings of their legalism. When we commit acts of legalist-on-legalist violence the problems only increase.
As we go about our lives seeking to avoid being legalists, let’s be careful not to go around avoiding legalists themselves. Because by doing so we are expressing our own confused legalism. And no one benefits from that.