Much has been written recently about “celebrity pastors.” I have no intention of delving into the discussions about them or their inherent goodness/badness. But I do want to make a personal observation.
I live in a world where the celebrity pastor is a very big deal. I’m the son of one. I work in publishing where I interact with some of them on nearly a daily basis. They are quite definitely a driving and shaping force in my life, pretty much by default. 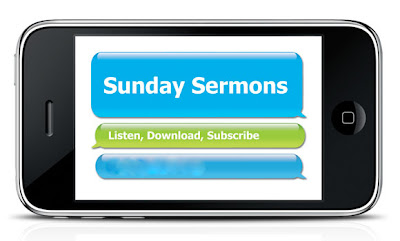 My iPod was once filled with sermons from the usual gospelly suspects, and I listened to them fairly regularly. But about a year ago that changed. I don’t remember making a conscious decision to stop listening to them. It wasn’t a moral or especially spiritual choice, but it has become a definitive one.
And this is what I noticed. My own pastor’s preaching became enormously important to me. I go to a non mega-church with a faithful pastor named Chris. He is not a celebrity. He is a preacher it would have been too easy for me to judge or ignore when my mind was filled with iPod sermons, not because his preaching falls short but because his last name doesn’t give him cache. My own bent towards being critical and critiquing played a significant role in this as well. But Chris is a wonderful pastor and preacher.
By doing away with my mental dependence on supplemental sermons I have gained the ability to go into church with an appetite for the preached word of God that isn’t choosy or finicky. I have been able to set aside so much of the comparison or criticism that once plagued my listening. Sunday mornings are not an exercise in homiletic or exegetical judgment for me. They are a meal for a hungry heart, and I usually head home with a take-out bag of truth to keep me fed through the week.
As I said, my intention is not to judge or criticize or condemn. I don’t want to get polemical or ecumenical. I simply want to share what I have learned and observed and how God has opened my heart to the faithful preaching of a non-celebrity.