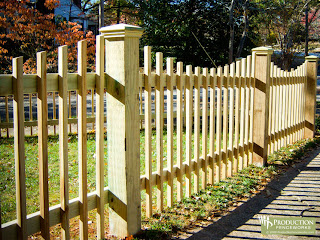 I once heard someone (I can’t remember who) say “When you build fences be careful who’s on the other side.”  I heard this at a particularly fruitful time for me. I was just out of college, recently married and had a baby girl. That means I was reconsidering most of the hard line, blow-hard stances I had taken throughout my college years. Marriage and the prospect of raising a daughter have that effect.
In the years since then it has only gained in significance and influence for me.
I was struck by three things that have stuck with me as I’ve tried to put this piece of wisdom into practice.
First, it doesn’t mean you can’t build fences. People need convictions and need to defend them, and without those fences this doesn’t happen. It is not a statement of vapid open-mindedness that does away with belief and backbone. It is a statement of caution and balance and thoughtfulness, something that I needed (and need currently) hugely at that particular time.
Second, fences should be carefully considered and slowly built. Don’t build fences in such a way that you exclude people with whom you should have interaction and relationship. Whether it is religious convictions, political ideology or affiliation, sports fandom, author allegiance, or whatever DO NOT rule out or break down relationships casually or callously.
Finally, consideration must be given to which fences should be torn down. If I have been too hasty and overly rigorous in my separatism, the only way to rectify it is to conscientiously remove the fences. I need to ask myself “Where are the fences that are causing more harm than good?” and then actively take them down.
These principles are applicable to so many areas. For me I must consider it daily as I interact with Christian literature from a wide variety of theological perspectives, denominations, and ideologies and then determine what is beneficial to the service of Jesus Christ. I am a baptistic guy attending a Presbyterian Church. Why? Because baptism was a fence that seemed more harmful than helpful. I’m even friends with some White Sox fans because they are mostly good as people even though they are sorely mislead in their fandom.
What fences have you built? Are they more harmful than helpful? Do they separate you from people with whom you should be building relationships? Consider who is on the other side of your current fences and who would be on the other side if you built one.