This evening the Minnesota Twins (good guys) will face the Chicago White Sox (bad guys) in the first of a 4 game series. This match up is a true rivalry. (Cubs/Sox doesn’t count for so many reason, primarily because they play in different leagues and the Cubs are terrible.) Here are some fun facts interspersed with some opinions that I think are fun. 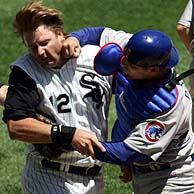 I think this sums up the past two years to the great satisfaction of Twins fans and the great, well, whatever of White Sox fans. But who cares what they think. 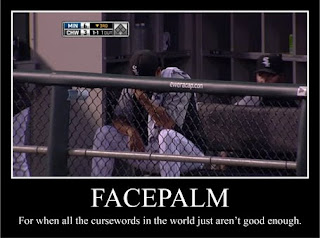 (via the great Twins blog http://www.twinkietown.com)