The world isn’t a black and white place. Despite our two party political system and fundamentalist church roots, life doesn’t offer the luxury of a mere two perspectives on every issue – right and wrong, good and bad, up and down, yes and no, now or never. There are a multitude of options throughout life – both, neither, maybe, all of the above, later. The world is complicated, and people who tell you otherwise likely see themselves as wiser than the rest but are more likely blinder. 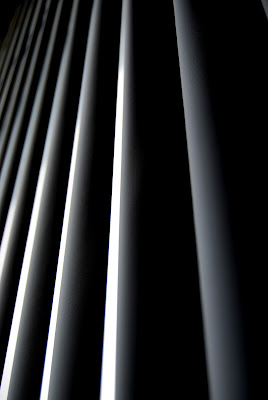 Black and white is the simplest way live and think. We gravitate towards it because it makes getting things done easy, making decisions easy, and picking a path easy. It takes less thought and depicts strength and conviction.
When it comes to moral convictions, black and white becomes a matter of great passion for many Christians. There is a deep fear of giving even an inch on our positions, and why wouldn’t there be? If the only other option than what I believe is evil than giving even that little bitty inch is moral degradation.  We cannot afford to compromise, or else. . .
In truth, this mentality mostly works when morals are dealt with in isolation. Complications with our functional, neat system arise, however, when two overlapping issues arise that are in opposition. Take alcoholism for example. In isolation it is simple: I will not drink to the point of alcoholism whether that means tee totaling or moderation. What if, though, your spouse is an alcoholic? Now your black and white morality overlaps with the moral principles of love, tenderness, commitment, fidelity, sacrifice, and all else that marriage entails. Now what? You cannot enforce your morality on your spouse and neither can you ostracize her. Your situations is complicated, and it will take compromise to navigate it’s complexity.
But making compromises is not the same as being compromised. Compromises find a third way where there is no obvious black or white way. Being compromised is to be breached, weakened, or broken. It is to have your convictions undermined. Compromises can strengthen the value of your morality; being compromised weakens it.
Taking a black or white stand where some amount of gray is needed will undermine and empty your position. Instead of moral clarity and moral purity you will be left with moral separatism and emptiness. Your morality will be drained of both meaning and effect; by refusing to compromise in some areas you will be compromised in all.
We must accept complications and complexity even (especially?) when they demand compromise despite it not being comfortable. Complicated doesn’t feel safe because it lacks clarity. That’s life. To insist on unquestioned clarity in all issues of morality and principle and relationship is to impose unreality on reality. Certainly there are parts of life that cannot be compromised – personal holiness and devotion to Christ to name two – but it cannot be assumed that we can therefore apply the same pattern of behavior to all situations.
In the end we must remember that complicated and complex, while unpredictable, are not the same as compromised. Christians, more than anyone, must learn to navigate the complicated realities of life. If we do not we will be isolated, ineffectual.  Without a willingness to live in the complicated we will be truly compromised.