On Tuesday Worldmag.com posted my  article about why I considered today’s Chick-fil-A appreciation day to be a mistake by Christians and I linked to it here.. I suspected at that time that it would generate some response, and boy has it. I have received a deluge of support and agreement as well as whole lot of disagreement, some of it less that gracious. I did two interviews on Wednesday with Christian radio programs, and those further stirred things up.
As I have listened and read people’s reactions to what I wrote and said a few arguments against my points consistently come to the forefront. I am going to address those as clearly and concisely as I can here.

Argument 1: “This is an issue of free speech and religious liberty.”

Yes, it is. I am not denying that. The problem with this argument is that the entire movement of support for Chick-fil-A was not presented clearly as such. It was a muddled sort of event with many conservative Christians attending in order to show support specific views on homosexuality. If the “Chick-fil-A Appreciation Day” had been a clearly designated public statement to legislators and politicians about religious liberty I would have taken less of an issue with it. Many people went for the purpose of a political statement, but that was not the singular public face on the effort. Thus my concerns.

Argument 2: “The issue of homosexuality isn’t complicated or complex at all. The bible says it’s wrong, so we’re just supporting that view.” 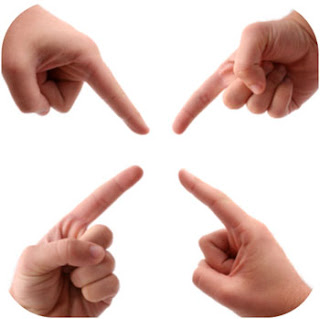 I refer to homosexuality/gay marriage as “one of the most defining, contentious, and complex issues facing the church today” in my article. Here is why. The bible is clear on the immorality of the homosexual lifestyle and the pursuit of it. That is undeniable, and on that point I agree with these critics. It is clear what is right and wrong. However, the complexity and challenge arises when one begins to honestly and carefully consider questions such as the following.
The tension of expressing truth with love is never tenser than in these relationships and interactions. It is crucial to remember that truth by itself does not express love. Being right, being moral, being biblical can never be sacrificed. Not ever. But to be these things without love is but a noisy gong and clanging cymbal – a whole ruckus of annoying, meaningless noise that bears no witness to Jesus.

Argument 3: “The battle lines are already drawn. We’re just choosing the right side.”

The people who have used this argument are referring to my saying that we should avoid drawing battle lines over the homosexuality/gay marriage issue. There are two problems with this argument.
First is the tendency it shows toward simple black and white thinking, the idea that there are two sides to this issue and no room for nuance. This way of thinking is pervasive in America – politics, sports, religion, art, family, etc. Something is in or out, right or wrong, good or bad. The bigger the issue, the less helpful this way of thinking usually is. The outcome of black and white thinking is nearly always combative. It is a methodology that promotes victory at all costs and gives little consideration to the actual opponent. But as Christians, we are called to consider our opponents all the time – “love your enemies and pray for those who persecute you.” It takes more shades than black and white to love someone well while thinking they are dead wrong. 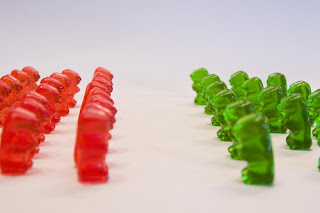 The second problem stems directly from the first. It is the confusing of moral lines for battle lines. Moral lines are those biblical realities which cannot be compromised, blurred, or sacrificed. Within the borders of these lines Christians must firmly live in order to be faithful honorers of God and witnesses of Jesus. What happens, though, when we turn those moral lines into battle lines? We actually contradict ourselves and the very Jesus we represent by turning those we should love into the enemy. This is the result of an inability to consider allwe are called to be as Christians. We think only of the morals and cultural standards and so we seek to influence those as strongly as possible. And in the process we often forget the implications and influence of our actions on the souls of the “enemy.” In the process of drawing these lines and aggressively fighting at their borders we very well might win the culture war yet lose the souls of our opponents.

Argument 4: Actually this is more of a viewpoint than an argument – Public demonstrations, boycotts, and displays of mass support are effective methods for winning people to Jesus.

This is a point of tension. Either people believe the viewpoint I just mentioned or they are seeking to do something other than win people to Jesus. As I mentioned earlier, if this was to be a religious liberty/political effort then it should have been explicitly and publicly labeled as such across the board. In that case the mass showing of support could have merit because the aim would be defined as political. However, since it was not explicitly promoted as such, there is a tension here.
Do we believe that people are more likely to follow Jesus because of the mass show of unanimity on an issue? Do we believe that having majority rule will bring more people Jesus? Sure it’s good for society to have a better moral law, but does it actually influence the hearts of the people? Does boycotting display the black/white, battle line, separatist mentality I mentioned earlier or does it draw people to Jesus?
Finally, I know these viewpoints aren’t popular among segments of Christians. I know they raise the ire of many. My goal is not to instigate conflict but rather to inspire thinking beyond black and white and outside of what has become the norm in traditional conservative evangelicalism. I simply want to see believers consider, above all things, how we are representing Jesus to our culture, especially those who are antagonistic.