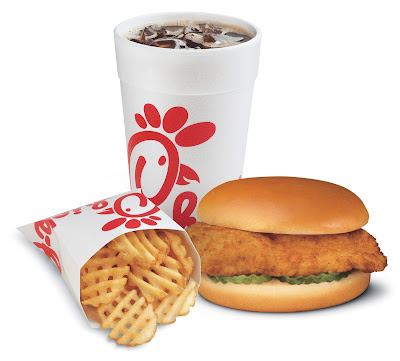 Mike Huckabee, the  conservative former governor of Arkansas and one-time presidential candidate, started a group on Facebook recently to declare Aug. 1 “Chick-fil-A Appreciation Day.” It is an effort to support the popular but currently beleaguered fast food chain in the face of the vitriolic criticism after public statements by Dan Cathy, the company’s president, regarding same sex marriage. So far more than 452,000 people have committed to attend. (Some have called this a movement in support of free speech, but that isn’t what Huckabee writes on his own page.)

I agree whole-heartedly with Dan Cathy’s comments (see here and here). I believe in the biblical definition of marriage. I think Christians in prominent positions speaking in a reasonable and level-headed way about their convictions is a good thing. On top of that I am a borderline addict of Chick-fil-A’s sandwiches, waffle fries, and sweet tea. But I will not be attending “Chick-fil-A Appreciation Day” on Wednesday. Here’s why.