Fame is a fickle thing. It comes to many who do not seek it and is an unwelcome guest. It avoids many who do seek it leaving them in vain pursuit. When it is found by those who seek it is unsatisfactory and often destructive. After being destructive for period it often abandons them, leaving them in a worse state than they were before it arrived.
And the oddest thing about fame is that the people who manage it best are those who act is if they don’t have it.
Fame creates a riddle that is unsolvable. When one doesn’t have any he wants some, but as soon as he has some he needs more. But once more is found he wants none. But neither can he bear the thought of giving up what he has. 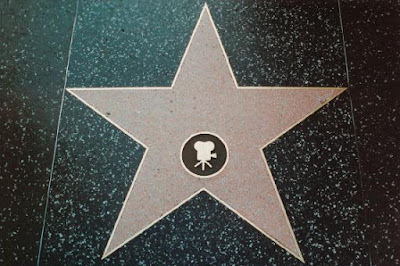 It all makes one wonder why anyone would seek fame?
And yet we do. The desire to be famous burns hot. And if we can’t be famous we want to knowfamous. I read such-and-such about-so-and-so. I saw Actress X at the airport. It’s as if the knowledge of fame or proximity to it rubs a little magic fairy famous dust off onto us so we can feel famousy for a moment.
But what is about Fame that so captivates and nearly stupefies society? Once upon a time it might have been because of what famous people did as athletes, actors, musicians, politicians, or authors. But now? The aim isn’t to do what they do. Fame is the goal itself. If you need proof just take a gander at so called “reality TV stars” (What does that even mean? A star at being real?) or the Jackassmovies.
People want fame because people want to matter even what makes them famous matters nothing at all. The thought goes like this: “If someone knows who I am I gain significance, so the more people that know me the more significant I am.” Even if you’re known for a 72 day marriage.
Even Christians fall into this trap, and in Christianity the fame bug bites with an even weirder kind of venom. People seek fame through doing good – preaching, writing, giving, serving. But when the fame becomes the motive and not the good that points to God, we know our Christianity is upside down.
Fame, at its best, is a bi-product of doing things that truly matter. It is something that is received, not sought after. We are not wise or good enough to rightly handle fame, and that’s why the best famous people are those who spurn it. For those of us who are not famous we should simply focus on the good and let God get the fame. And by all means, avoid reality TV and Jackass.