Trevin Wax posted this today, and I could not agree more. As a parent, a former athlete (or at least kid who played sports), and sports fan I wholeheartedly endorse what he writes. 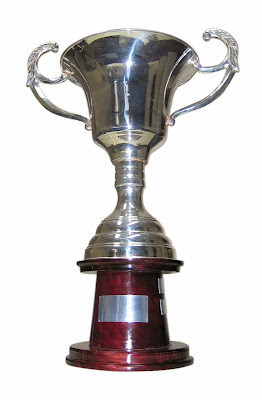 At some point in the past two decades, parents began to worry that they were putting too much pressure on kids. So sporting events became less about the score, and more about the experience. That’s what I was told a few years ago when I asked why there was no official scorekeeping for T-Ball anymore. And then I joined the other fathers on the sidelines who were secretly noting every run.
I can hear the objections already…
It’s not about winning or losing; it’s how you play the game.
Well, yes, let’s give a loud cheer for good sportsmanship. But last I checked, the point of playing the game was to win. To play your heart out and celebrate a victory with your team.
Your kids will feel terrible if they lose.
I certainly hope so! The last thing I want is my kid to feel good about losing. I hope he hates losing and loves winning. Because it’s when you put a strong emphasis on winning the game that you’re best equipped to learn from your losses – to channel the frustration and inner angst of losing into doing better the next time.
You’re going to push your kids too hard and make them fearful later on in life.
. . .